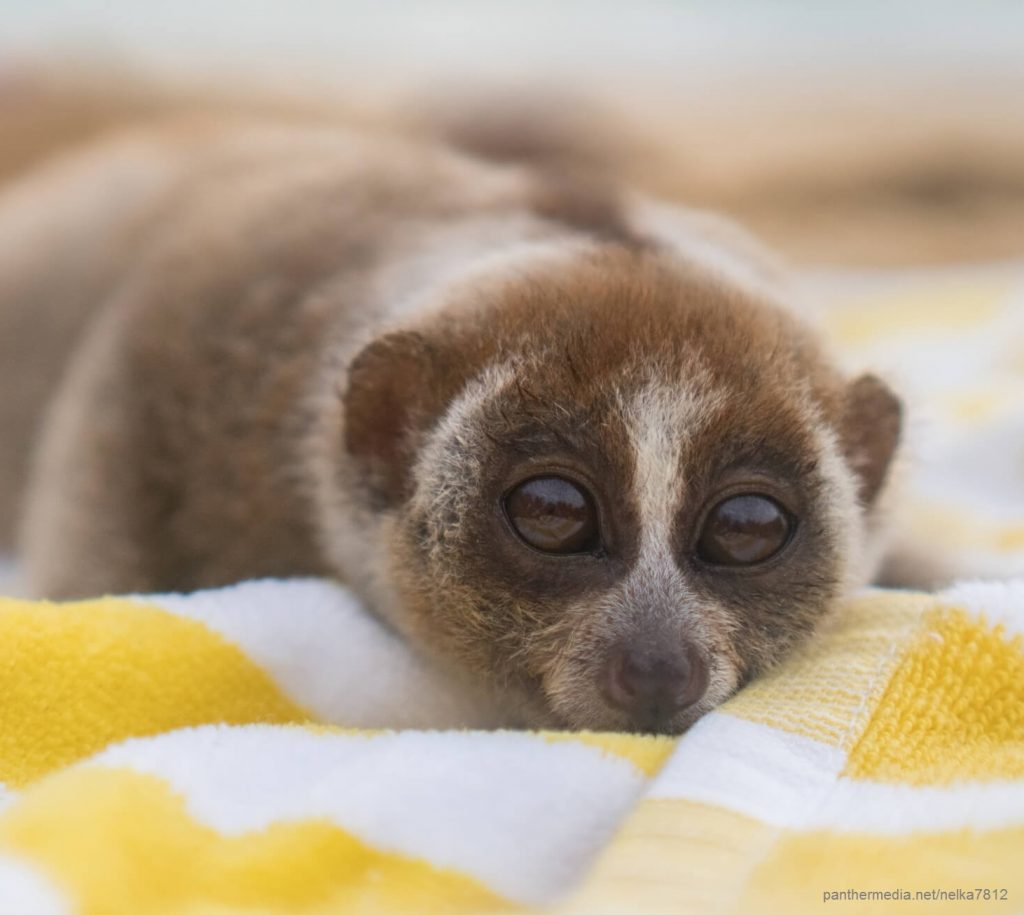 A cute lemur, that “asks” local children for a cuddle. That cute loris (a prosimian species), who is nibbling on a lump of rice or is holding a tiny umbrella. A racoon, trying to “wash” cotton candy in water, wondering what is going on when it disappears. How cute, isn´t it?

Every animal-loving person who has stumbled over one of these videos surely got stuck watching them, being all excited about the cuteness of interaction between this exotic animals and humans. The animals are obviously fine, so where´s the problem?

Unfortunately, these videos substantially harm the efforts of nature conservation organizations to protect species in the wild and to teach people that wild animals don’t make good pets. This is a huge problem that arouse with the distributions of those cute videos via social media – who doesn´t love cute animals videos, what can be wrong watching them? Videos of cute wild animals in interaction with humans have gone viral during the last years, reaching thousand or even millions of people.

Why´s that? Studies have shown that these videos suggest viewers that all kinds of endangered species are suitable as pets, and have found that the need for wild animals as a pets increases in response to those videos. A study was able to show that people were more likely to think that chimpanzees make great pets if they had seen a picture of one standing alongside a person.

A whole lot of 10% out of 12.000 comments, made in reponse to a slow loris video from 2009, claimed they wanted a loris as a pet, as a study from 2013 found. Only very few people have even been aware of the existence of this species before those videos went viral, but suddenly, millions knew them, and many decided that they want one of this cute animals as a pet. 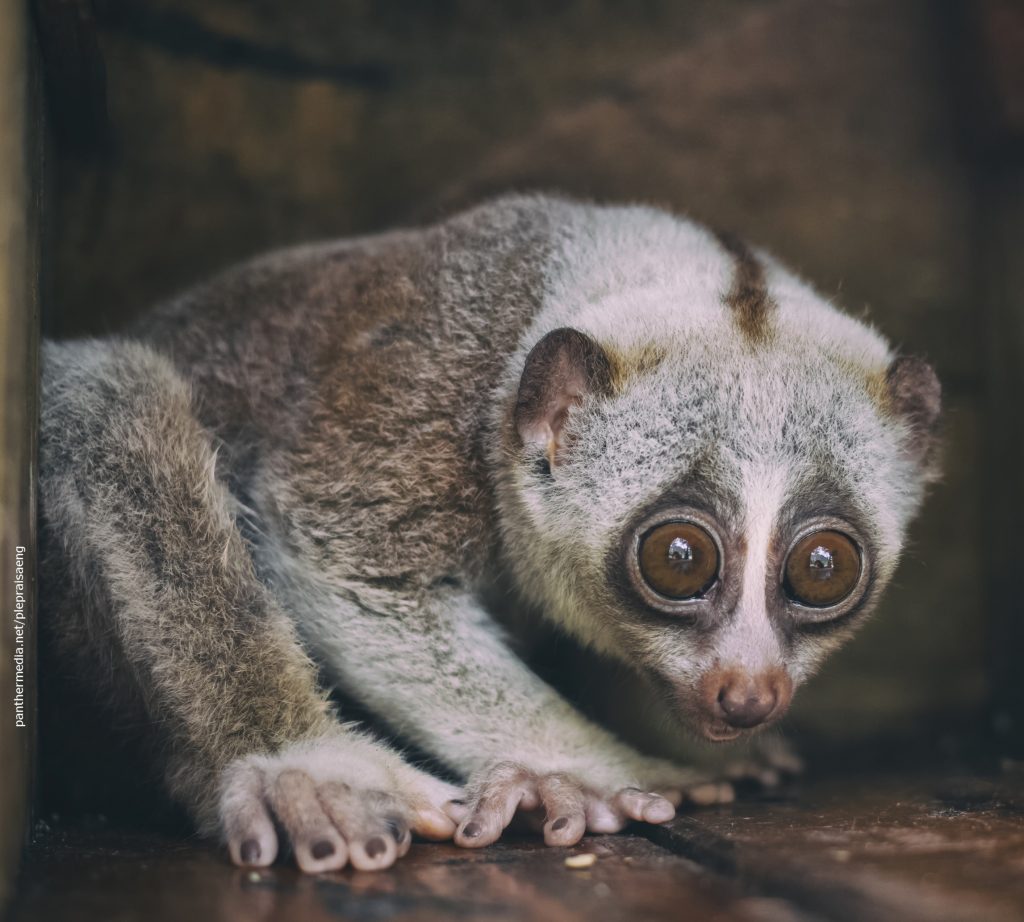 With the increasing demand of this species as a pet, which already was critically endangered because its natural habitat is disappearing on a rapid scale, poaching in natural populations has increased in order to meet the demand for these animals as pets, leaving the species on the brink of extinction.

What people don´t know – to make the loris a good pet, their teeth are clipped, without anaesthetics. Why? Because Loris are actually venomous. They carry glands on their elbows, and that venom helps them to protect themselves, or to hunt prey. That´s why they´re holding their arms up in such a sweet way in this video. They don´t want to be tickled. They are deeply stressed, and try to defend themselves. Furthermore, those animals are nocturnal, and arboreal. This means that they are active only at night, and always hold on to a branch because they move in tree canopies. This is why they are holding on to that tiny umbrella in such a sweet manor. No, not cute. Cruel. Here we´ve got a species that is absolutely unsuitable as a pet, and is now on the brink of extinction, thanks to social media, and…well, thanks to us.

Not only lorises are at risk because of viral videos, the same applies to several species of especially smaller primates like the pygmy marmoset, or marten dogs, that look similar to usual dogs, but are not domesticated and behave accordingly. Many of these wild pets have been illegally trapped as babies from the wild – a traumatic process for the babies, during which mothers and other group members are often killed.

But that´s not the only problem – wild animals that have been bred in captivity are not suitable as pets, either. Most owners are not aware of the mostly very specific needs of the species, and the animals displayed in the videos often act distressed, are too fat or too skinny, or show further signs of illness. Many die early. In case they reach adulthood, many show signs of aggression towards their owners, which eventually decide to get rid of them. But as those pets are often only used to the company of humans, they cannot be kept together with their conspecifics, and if they have not already been euthanized by their owners anyway, they spend their remaining lonely life in individual cages in a rescue centre. Usually the owners of exotic pets are not aware of this – if an animal is raised by humans, there´s no way it will ever be able to live with its conspecifics. Animals need to learn how to “correctly” communicate and behave towards their conspecifics, too. If they didn´t learn this when they were young, there´s no way back into a “normal” life for these poor animals.

So – if you find yourself confronted with a video showing a cute exotic animals again, please resist the urge to watch it, or even share it or comment it positively. Instead, help us to change the situation!

We use cookies to give you the best user experience. If you continue to use this site, we assume that you agree. OK Deny